Diary of a Wimpy Kid: The Ugly Truth is the massively funny fifth title in the highly-illustrated, bestselling and award-winning Diary of a Wimpy Kid series by Jeff Kinney. Perfect for both boys and girls of 8+, reluctant readers and all the millions of devoted Wimpy Kid fans out there. You can also discover Greg on the big screen in any one of the three Wimpy Kid Movie box office smashes.

The massively funny fifth book in the bestselling and award-winning Diary of a Wimpy Kid series.

Greg Heffley has always been in a hurry to grow up. But is getting older really all it's cracked up to be?

Suddenly Greg is dealing with the pressures of boy-girl parties, increased responsibilities, and even the awkward changes that come with getting older. And after a fight with his best friend Rowley, it looks like Greg is going to have to face the "ugly truth" all by himself . . .

Praise for Jeff Kinney and the Diary of a Wimpy Kid series:

As well as being an international bestselling author, Jeff Kinney is also an online developer and designer. He is the creator of the children's virtual world, poptropica where you can also find the Wimpy Kid boardwalk. He was named one of Time magazine's 100 Most Influential People in 2009. He lives with his family in Massachusetts, USA. 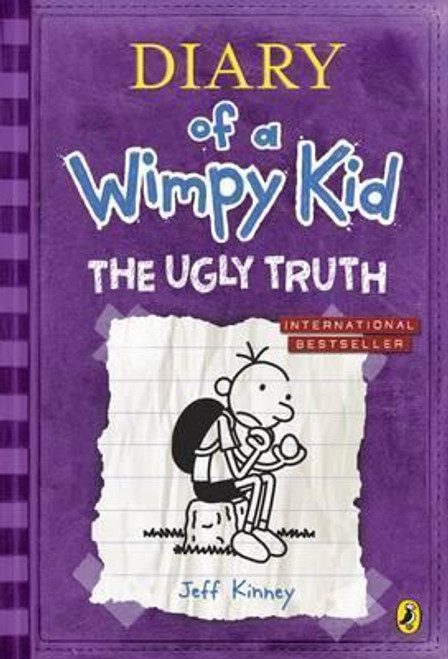