Dubliner Thomd Kinsella was one of the most indispensable poets writing in the English language, and this collection was the pinnacle and summary of an exceptional career. From the landscapes and early formalism of Another September (1958), the psychological investigations of Downstream (1962), the toughened metrics and paradoxical faith of Nightwalker and Other Poems(1968), to the balanced relationships of New Poems(1973), Kinsella has produced an epic body of work with unusual range and skill. The themes and forms of the early to middle period deepened into the creative myths that were collected in volumes such as One(1974), Songs of the Psyche (1985), Out of Ireland (1987), and Poems from Centre City (1990). The ensuing volumes continue the search for naked proof of human dignity, as Kinsella has always done, but now they confront mutability, death, and the increasing chaos of twenty-first-century experience.

This clothbound edition has a signature embossed cover and a plain vellum jacket. It is numbered 48 from the limitation of 200.

It was issued by Wake University Press, USA, 2007, ALTHOUGHTHE BOOK IS NEW AND UNUSED, THE GLASSINE tranparent dustjacket shows some tiny signs of edgeweaar - a very attractive but delicate cover.

“A writer of singular originality and integrity, Thomas Kinsella is essential reading, one of the most vital and important poets of the English language.”
– Floyd Skloot, Sewanee Review

“Kinsella is one of the finest poets of the last century, in Ireland or out of it.”
– Justin Quinn, Poetry Review

“‘TOGETHER, both as one, / We lifted our dripping blades in the dying light . . .’—the haunting, Dantean river journey of Thomas Kinsella’s ‘Downstream’ makes other poems inspired by the brooding Tuscan seem like homework. And when the poem’s imagery of a skiff moving under starry skies effortlessly shifts to stark visions of a concentration camp’s ‘tall chimneys flickering,’ one wonders why this Irish poet isn’t as revered as Seamus Heaney. Wake Forest University Press’ Collected Poems makes the case for this singular poet of enormous depths.”
– Nick Owchar, Los Angeles Times Book Review

“Kinsella writes in ‘Dura Mater,’ ‘She came along the passage in her slippers / with a fuzz of navy hair, and her long nails / held out wet out of the washing water. // Come here to me. Come here to me, my own son.’ Kinsella’s poems never fail to be that mother, slipper-footed and wet-handed, waiting for her son to embrace her. The poems move from Kinsella’s early formalist years . . . to the more modernist poetics of Poems from Centre City (1990); throughout his epic body of work, the poems are ‘eliciting order from significant experience,’ leaving no doubt that Kinsella is a poet of major literary significance, both in and out of Ireland.”
– Lilah Hegnauer, The Virginia Quarterly Review 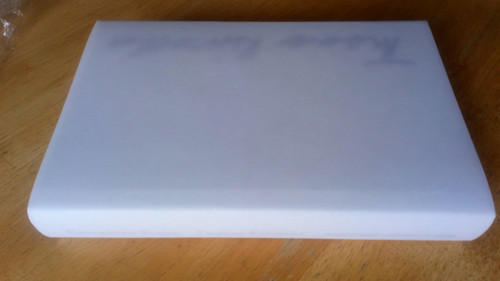