For the past twenty-five yearsfirst as the blithe spirit of the Today show, then as the only woman ever to anchor a network news program soloKatie Couric has been a familiar visitor in the homes of millions. Yet, despite all her public exposure, no oneuntil nowhas been able to penetrate the secrets behind her closely guarded personal life and her struggles in the cutthroat world of television news.

In this probing portrait of Americas news queen, bestselling author Edward Klein rips away the mask that has hidden the many faces of Katie Couric: the strong, independent woman and the needy wife and lover; the grieving widow famed for her kindness to others and the fiercely competitive diva; the consummate television interviewer and the stumbling network anchor.

Drawing on scores of interviews with people who have never spoken openly about Couric before, Katie: The Real Story absorbingly chronicles Katies rise to the topfrom her early days at CNN and local television stations (where she was told shed never succeed) to her phenomenal
fifteen-year run on Today. For the first time, Klein reveals the critical role Katies father played in her risky decision to leave Today for the hallowed anchor chair once occupied by Walter Cronkite and Dan Rather.

As Klein makes clear, Katies road to stardom has been paved with rocky personal relationships: a turbulent marriage to Jay Monahan, who died of colon cancer; testy associations with Today cohosts Bryant Gumbel and Matt Lauer; and several star-crossed love affairs, including one with a man seventeen years her junior.

Katie: The Real Story is a candid portrait of a folksy charmer, loving single mother, cunning businesswoman, feminist icon, and notorious diva. Neither a whitewash nor a hatchet job, its a truthful, unflinching look at a remarkable woman and the media kingdom shes sought to rule. 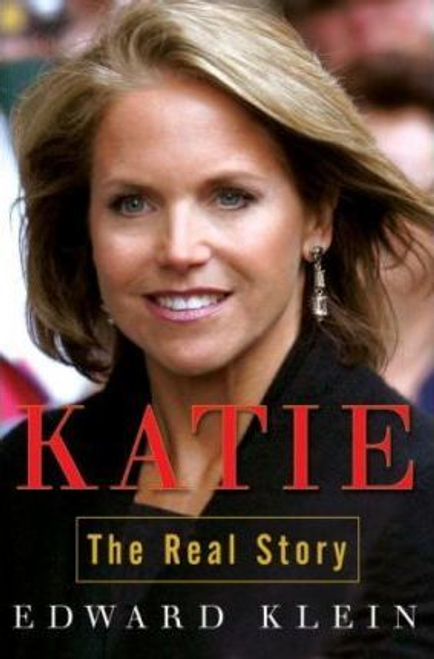