Kopelman, Jay / From Baghdad, With Love

When Marines enter an abandoned house in Fallujah, Iraq, and hear a suspicious noise, they clench their weapons, edge around a corner, and prepare to open fire.

What they find during the US-led attack on the 'most dangerous city on Earth', however, is not an insurgent bent on revenge, but a tiny puppy left behind when most of the city's population fled before the bombing. Despite military law that forbids the keeping of pets, the Marines de-flea the pup with kerosene, de-worm him with chewing tobacco, and fill him up on Meals Ready to Eat. Thus begins the dramatic rescue attempt of a dog named Lava and Lava's rescue of at least one Marine, Lieutenant Colonel Jay Kopelman, from the emotional ravages of war.

From hardened Marines to wartime journalists to endangered Iraqi citizens, From Baghdad, With Love tells an unforgettable story of an unlikely band of heroes who learn unexpected lessons about life, death, and war from a mangy flea-ridden refugee. 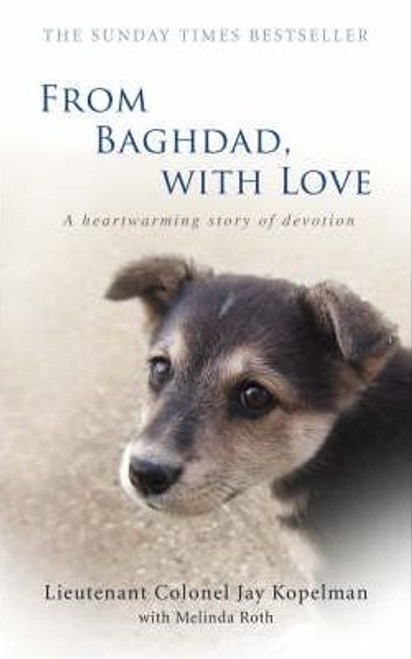 Kopelman, Jay / From Baghdad, With Love