Someone is causing havoc in East End Cottage, and for once it isn’t James. When strange scrawled notes start appearing all over his new family home in the old Oxfordshire village of Ledsham, 10-year-old James seems the obvious culprit. But only he knows the troublemaker’s true identity – Thomas Kempe, a petulant 17th-century sorcerer who has taken up residence as a poltergeist in James's new bedroom. And to make matters worse, no one will believe him. So, to avoid missing out on pocket money and pudding for the rest of his life, it will be up to James to find out why Thos. Kempe Esq., Sorcerer, has returned, and how to get rid of him.

First published in 1973, and winner of the Carnegie Medal, The Ghost of Thomas Kempe is a brilliantly funny ghost story for children, from one of the great writers of modern British fiction. But, as Penelope Lively explains in her new introduction, there is ‘intriguing hidden ballast’ to James’s quest to rid Ledsham of its troublesome ghost. Uncovering dusty diaries and investigating local folklore, James delves deeper into the past and slowly comes to realise that there is an undiscovered world around him, one filled with the memories of lives lived before his own. Lively’s own interest in social history and memory, which suffuses much of her later adult fiction, informs James’s own adventure as he begins to realise his place in the passage of time, and that we can’t all be ten for ever. 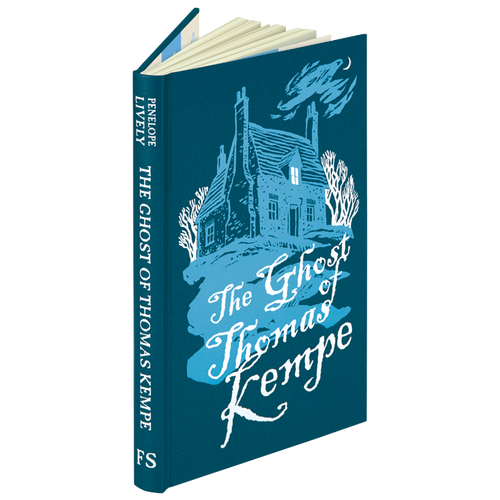