Grayson Christopher, Duke of Darlington, is the rock among the three male friends in the Scandalous Series. The others rely on him for his reasoned thinking and he is highly respected in London. His only misfortune is that he fell in love with a married woman, Diana, Lady Eustis, with whom he secretly carries on an affair. Now his secret romance might be exposed if he doesn't do the Prince of Wales a favour.

The Prince is involved in a public scandal with his estranged wife Princess Caroline. He's hoping to divorce her but she is striking back, threatening to make public all of his many transgressions. The prince was recently smitten by Katherine Bergeron, the beautiful and mysterious mistress of London's finest silk merchant, but the prince does not want to involve her in his own troubles. He proposes that Grayson make it seem as if Katherine is Grayson's mistress which would provide Katherine with a cover until the prince wards off the growing scandal. The prince threatens to expose Grayson's affair with Diana, so the duke angrily complies with the prince's plan and is shocked to discover that Katherine is far more appealing than he expected her to be. Once they fall in love Katherine refuses to remain his mistress; she wants to become his wife. But how can the duke bring a woman of such low birth into his august family--or publicly claim the woman the prince was set on having himself? 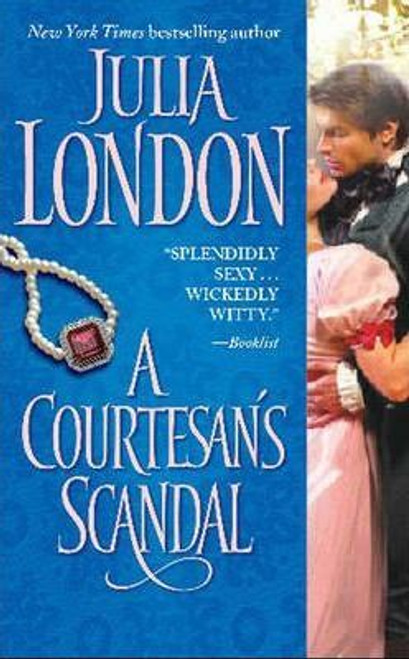