The Irish Republic was the first complete history of the struggle that started with the proclamaition of the Republic and ended, or seemed to end, with the Republican defeat and ceasefire order of 24 May 1923. "This is not a narrative of battles and ambushes," writes Dorothy Macardle, "it is with the political rather than the military aspect that this book deals."

Her detailed chronicle covers the seven years between the Easter Rising of 1916 and the end of the Civil War. Introductory chapters review earlier phases of the Irish resistance to conquest, the eforts to secure Home Rule and the beginning of Sinn Fein. After May 1923, the story is carried forward, as a brief survey, to the further implementation of the Treaty by the signing of the Partition Agreement in London in December 1925.

First published in 1937, The Irish Republic long held a place of honor in many Irish households. It is an account of the struggle from the viewpoint of one who was active throughout the turbulent years of the inception of the fledgling state. This major work was reissued for the benefit of a whole generation who have not had the opportunity to own it by Wolfhound Press, in a facsimile type hardcover.

This edition includes both Eamon De Valera's foreword to the 1965 edition, (as well as his forewords to the two earlier editions) and a ( new) foreword by his son,Terry De Valera written in 1999 ( he had been given the rights by the author as far back as the 1930's.

In good condition, some dustmarking to the lower edge of the page block,otherwise unmarked. Heavy book, weighs almost 1.5 kg unpacked. 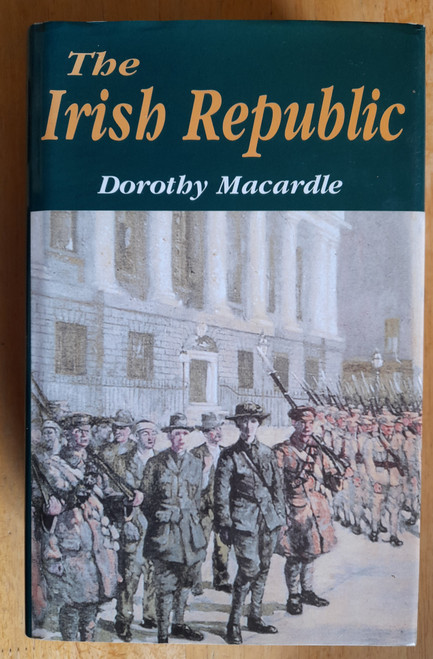