This classic survey of crowd psychology offers an illuminating and entertaining look at three grand-scale swindles.

Originally published in England in 1841, its remarkable tales of human folly reveal that the hysteria of the Wall Street Crash of 1929 and the junk-bonds frenzy of the 1980s were far from uniquely twentieth-century phenomena.
The first of the financial scandals discussed, "The Mississippi Scheme," concerns a disastrous eighteenth-century plan for the commercial exploitation of the Mississippi valley, where investors were lured by Louisiana's repute as a region of gold and silver mountains. During the same era, thousands of English investors were ruined by "The South-Sea Bubble," a stock exchange based on British trade with the islands of the South Seas and South America. The third episode involves Holland's seventeenth-century "Tulipomania," when people went into debt collecting tulip bulbs -- until a sudden depreciation in the bulbs' value rendered them worthless (except as flowers).

As well as these, a host of other episodes are examined - suach as prophecy, alchemy, mesmerism and much more.
Fired by greed and fed by naiveté, these historic investment strategies gone awry retain an irrefutable relevance for modern times. Extraordinary Popular Delusions is essential and enthralling reading for investors as well as students of history, psychology, and human nature.

This edition published by Farrar Strauss & Giroux in 1988, with reproductions of the original woodcut type illustrations from the 1841 edition. 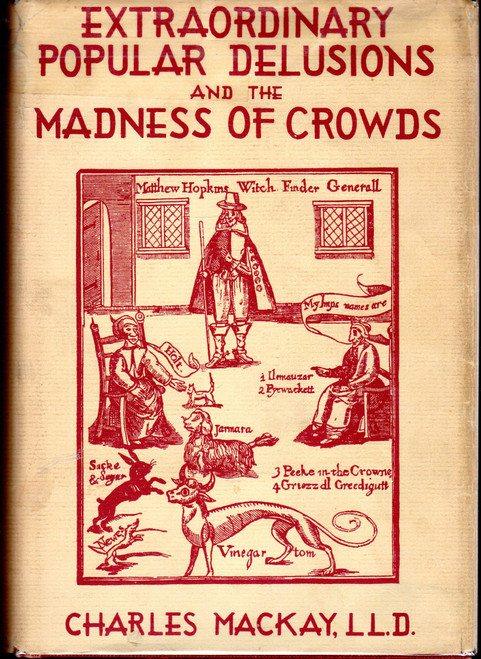