In this electrifying autobiography, Rik stands naked in front of his vast legions of fans and disciples and invites them to take communion with the blood he has spilled for them during his thirty year war on show business. He invented alternative comedy with "The Young Ones", he brought down the Thatcher administration with "The New Statesman" and he changed the face of global culture with his masterpiece "Bottom." Not only was his number one single "Living Doll" the saviour of rock 'n' roll but he also rescued the British film industry with the vast revenues created by his legendary movie "Drop Dead Fred". In 1998, he survived an assassination attempt and spent five days in a coma before he literally came back from the dead. Having completed countless phenomenal feature films, TV series, live extravaganzas and radio voice-overs since then, Rik Mayall is now poised on the brink of a whole new epoch-shattering revolution.
For the first time ever, Rik reveals in print the deep inner truth behind his gargantuan ascent to the pinnacle of international light entertainment - the mental hospitals he has broken out of, the television executives he has assaulted, the drugs he has definitely not taken, the charities he has bankrupted, the countless pregnancies he has engendered, and so much more. 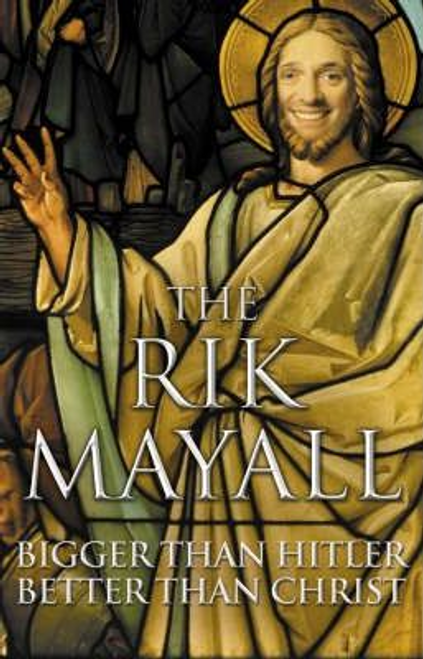