The story of a Limerick City mid-ranking IRA Volunteer’s experiences in the struggle for Irish independence. Penned by his grandson, this well-illustrated book delivers a detailed account of Johnny Mc Sweeney’s various activities and experiences throughout the Irish revolutionary period. A Company Captain and later Vice-Commandant of the 2nd (City) Battalion of the Mid Limerick Brigade, his selfless service in the fight for Ireland’s freedom extended across many frames of influence. From player, referee, and County Treasurer of the GAA, Mc Sweeney was also Head Centre of a Limerick IRB Circle, a figure in the establishment of Na Fianna Eireann and the Irish Volunteers in Limerick City.

Mc Sweeney was one of the six men outvoted at the crucial brigade meeting to determine whether to proceed with the planned 1916 Easter insurrection in Limerick. His activities brought him into contact with nine of the executed leaders of the Rising and other nationally renowned way makers of the period. Interned during the War of Independence in Wormwood Scrubs, London where he participated in the hunger strikes that garnered international attention. He was subsequently held in Ballykinlar Internment Camp, Co. Down. Mc Sweeney took the Republican side in the Civil War, assuming his station with the Anti-Treaty IRA Chief-of-Staff, Liam Lynch, in the New (Sarsfield) Barracks during the battle for Limerick City.

While primarily a portrait of Mc Sweeney’s selfless contributions, the book also presents a concisely parallel yet informative account of all the major events in the Irish struggle for independence, which makes no assumptions on the reader’s knowledge of the period. It also highlights the understated role that Limerick played in this period. Drawing on his own fresh research, the writer also explores the city’s famed Republican Plot’s history. Presenting for the first time authoritative information of each person interred in the plot which was first opened following the Curfew Murders. 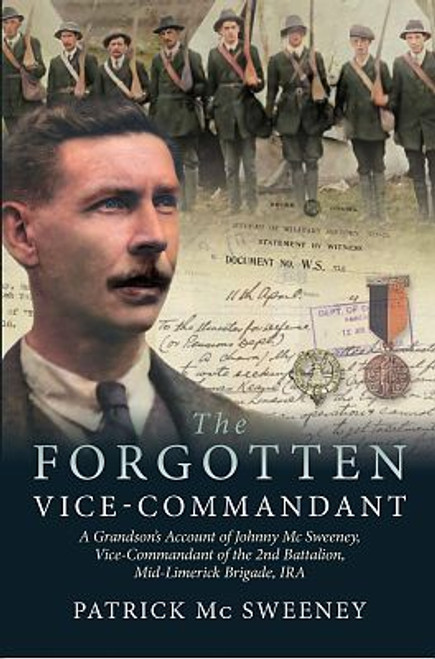