America, 1984 - not our version of America, but an America that calls itself the Real, an America in which the invention of Turing Gates has allowed it access to sheaves of alternate histories. For ten years, in the name of democracy, the Real has been waging clandestine wars and fomenting revolution, freeing versions of America from communist or fascist rule, and extending its influence across a wide variety of alternate realities. But the human and political costs have proven too high, and new President Jimmy Carter has called an end to war, and is bringing troops and secret agents home. Adam Stone is called out of retirement when his former comrade, Tom Waverly, begins to murder different versions of the same person, mathematician Eileen Barrie. Aided by Waverly's daughter, Linda, Adam hunts for his old friend across different sheaves, but when they finally catch up with Waverly, they discover that they have stumbled into the middle of an audicious conspiracy that plans to exploite a new property of the Turing Gates: it will change not only the history of the Real, but that of every other sheaf, including our own.

COWBOY ANGELS combines the high-octane action and convoluted plots of the TV series 24 in a satirical, multi-layered alternate reality thriller. 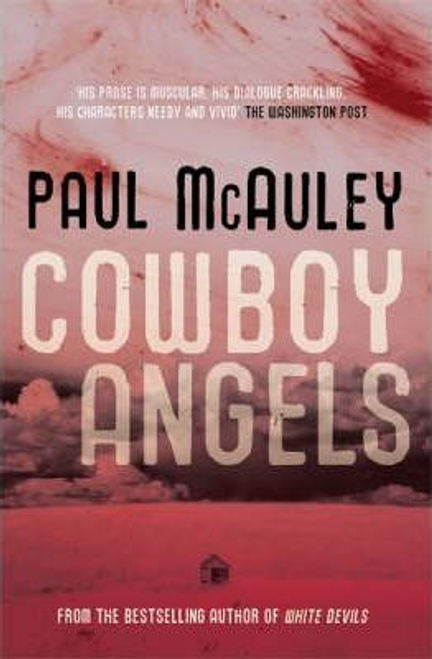