These vivid recollections by Tom McElligott span five decades and eighteen institutions throughout Ireland, from university in Cork to St Kieran’s Kilkenny, Glenstal Co. Limerick, The Royal Cavan, Ballymena Academy, Wilson’s Hospital, Headfort, Newbridge, Mountjoy and others. Here a peripatetic lay teacher documents the emergence of his profession against a background of religious control, compulsory Irish and rapid social change, throwing a fascinating light on boarding-school education from the 1930s to the 1970s.
With wry humour, affection and an elegiac candour, Tom McElligott describes the physical conditions, personalities and ethos of the wide variety of schools at which he taught, salting his narrative with excerpts from school inspectors’ reports of a previous era and imparting the flavor of life in provincial town and countryside, from New Ross to Skibbereen, Antrim, Westmeath, Kildare and Dublin.
While savouring the past the author looks forward to a secular age in which the limits of class, creed and gender will be transcended. In an appendix he sketches six pioneering Irish educationalists-Cannon of Sandymount High, Cregan of St Patrick’s, Cathcart of Sandford Park, Gahan of Sutton Park, Donogh O’ Malley and Edward Walsh-and takes note of some schools that have fostered independence of mind and spirit.
Condition - Very good, but tanning to the page block. Published by Lilliput press, 1986 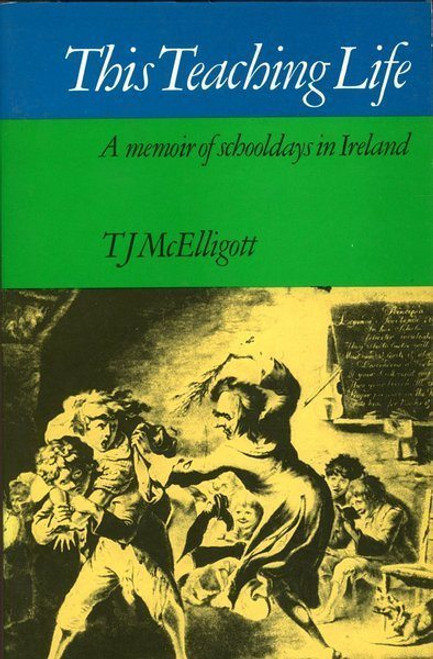