A hardcover first UK edition, first printing of The Steel Remains, by Richard K Morgan, his first foray into fantasy after his initial 5 SF novels, which included the award winning Takeshi Kovacs series of Altered Carbon ( filmed by Netflix) , Broken Angels and Woken Furies.
Condition - Book and Dustjacket, very good, no flaws or damage or marks, apart from some light creasing to the corners.  Full numberline to 1. Some light age spotting ( despite the recent date of publication)
When a man you know to be of sound mind tells you his recently deceased mother has just tried to climb in his bedroom window and eat him, you have two options. You can smell his breath, take his pulse and check his pupils to see if he's ingested anything nasty, or you can believe him. Ringil Angeleyes had already tried the first course of action with Bashka the Schoolmaster to no avail, so he put down his pint with an elaborate sigh and went to get his broadsword. And he's not the only one to be dragged from the serious business of drinking for something as mundane as the walking dead. Archeth - pragmatist, cynic and engineer - is called from her work at the whim of the most powerful man in the Empire. Ekar Dragonbane finds himself entangled in a small-town battle between common sense and religious fervour. And after a personal encounter with the vengeful gods Poltar the Shaman is about to be an awful lot more careful who he prays to. Anti-social, anti-heroic, and decidedly irritated, all four of them are about to be sent unwillingly forth into a vicious, vigorous and thoroughly unsuspecting fantasy world'' 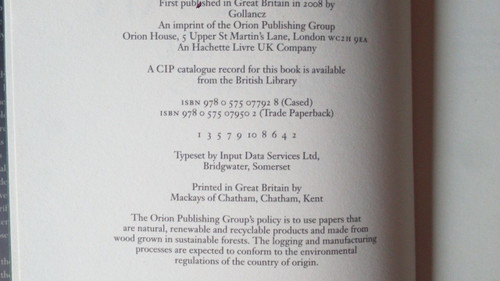