Eoghan Ó Tuairisc liked to remark that his father was “out” in 1916, but not in the GPO. In fact his father, a cobbler in Ballinasloe, where Ó Tuairisc grew up as Eugene Rutherford Watters, was in the Connaught Rangers, and was wounded in the Battle of the Somme. This family history feeds in to the remarkably nuanced account of the Rising in Ó Tuairisc’s historical novel, Dé Luain, that focuses on the 12 hours leading up to the reading of the Proclamation of the Republic by Patrick Pearse on Easter Monday. Though Ó Tuairisc belonged to a generation brought up to consider 1916 a sacred event (he recalled in 1981 having been inducted into “the faith of Pearse” from his first day in primary school), his depiction of the 1916 leaders is dispassionate and analytic, and avoids either glorification or condemnation.

Ó Tuairisc worked as a primary school teacher from 1940, mostly in St Canice’s Boys’ School, Finglas. In December 1960, he resigned his position to devote himself full-time to writing. Though equally comfortable writing in English, it was as an Irish-language author that he came to prominence with the publication of the historical novel L’Attaque (based on the French military mission under Gen Humbert in 1798), and the poetry collection Lux Aeterna (1964), which included his most celebrated poem in Irish, Aifreann na Marbh, a response to the bombing of Hiroshima. The long dramatic poem in English, The Week-End of Dermot and Grace, also inspired by what he termed “the post-Hiroshima era” and published at the same time as Lux Aeterna, appeared under his English name. 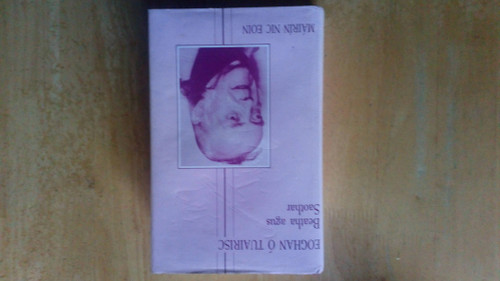