Smoking Ears and Screaming Teeth is a hilarious celebration of the great eccentrics who have performed dangerous experiments on themselves for the benefit of humankind, written with all the wit, humour and eye for the beauties of nature - and machinery and scientific equipment - that have gained Trevor Norton a cult following and critical acclaim.

Many have followed the advice of the great Victorian scientist Jack Haldane to 'never experiment on an animal if a man will do' and 'never ask anyone to do anything you wouldn't do yourself.'.He and his father inhaled poisonous gasses to test the efficacy of the prototype gas mask they had invented. When breathing gasses under pressure he suffered the smoking ears and screaming teeth of the title.

The stories are astonishing, disturbing or absurd - the Marquis de Sade meets Monty Python. John Hunter pioneered self-experimentation and deliberately infected himself with venereal diseases by the puss transference method and gave his name to chancre of the penis. The zoologist Frank Buckland made a concentrated effort to widen the nation's diet by personally testing everything that crossed his path, from boiled elephant's trunk to bluebottles. He published recipes for such delicacies as slug soup. Some medics deliberately contracted deadly blood diseases in the hope of finding cures. Then there was the the surgeon who got the sack and won the Nobel prize for thrusting a catheter into his own beating heart.

Trevor Norton writes that self-experimentation is still a component of much scientific research. In our health and safety obsessed society, we need people who are willing to risk themselves to make life safer for us. 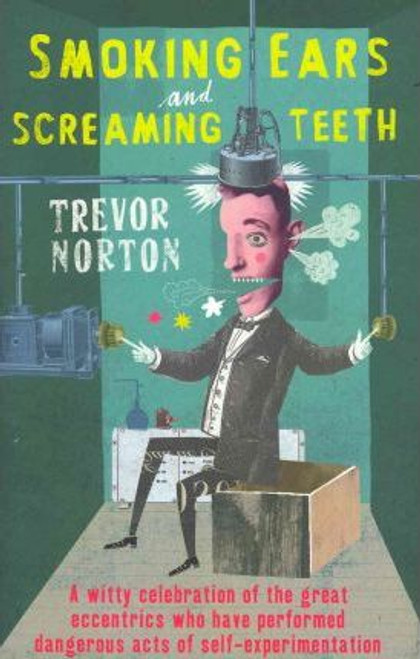