A biography of Seán Ó Ríordáin detailing his difficult life and his journey to becoming a pre-eminent Irish-language poet.

Ó Ríordáin was one of the great Irish-language poets of the twentieth century. Some of his work remains on the standard Irish curriculum. His poem 'Fill Arís' was shortlisted in the Favourite Irish Poems competition recently run by RTÉ.

Seán Ó Ríordáin was one of the most important Irish-language poets of the twentieth century. Born in Ballyvourney, Co. Cork, he later moved to Inniscarra on the outskirts of Cork city. His early life was laced with tragedy, such as the death of his father from tuberculosis and the subsequent loss of his mother, which affected him deeply. In a cruel twist of fate, Ó Ríordáin was later struck down with the same condition that killed his father. As a result, he was in poor health for much of his adult life.Through all this, Ó Ríordáin found a refuge in writing and started on his journey to becoming a renowned poet. In this exhaustive and wide-ranging literary biography, which offers frequent glimpses into his famed diaries as well as his poems and other writings, we are provided with a vivid portrait of both Ó Ríordáin the man and Ó Ríordáin the poet.

This biography is by professor and Irish-language expert, Seán Ó Coileáin, of UCC. The translation from the original Gaeilge is by Mícheál Ó h-Aodha.

Condition - ligt edgewear, external stains to the page block by back cover, no other marks or inscriptions internally. 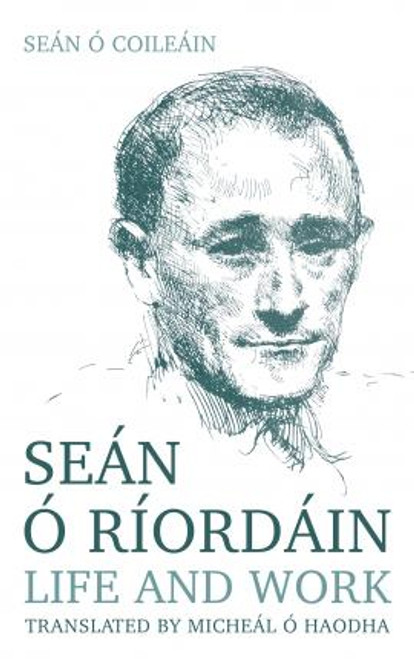