Never before have the final, desperate days of Hitler and his closest followers been recreated as hauntingly as in The Berlin Bunker.  On 30 April,1945 Adolf Hitler simultaneously bit on a cyanide capsule and shot himself through the head. His bride, Eva Braun, already lay dead as the Red Army closed in through the ruined streets of Berlin. The Wagnerian, apolcalyptic death throes of the crumbling Third Reich are vividly portrayed in this compulsively readable work.

CONTENTS: Foreword; Introduction 1 The Caveman 2 The Thirteenth Bunker 3 The Bunker Brutus 4 The Mountain People 5 Farewells 6 Casualty Station 7 The Security Leak 8 The Shot Nobody Heard 9 Death of the Mythmaker 10 The Breakout 11 The Flight that Never Was 12 Surrender 13 Last Man Out; Epilogue - 1945 and After.

REVIEWS: "Riveting, damned near incredible. Nothing I've read on the subject reveals so vividly the psychopaths, quasi-animals and looneys who made up the entourage around Germany's demon king. This was no Gotterdammerung, it was the last gasp of a rat pack" - Gerald Green, author Holocaust.

"A quite staggering book - nigh-incredible. I can only say I am amazed at the way its author made his way into history and the wretched men who helped Hitler make it. Exciting and riveting reading" - Eric Hiscock, The Bookseller.

"Superb. Quite simply the most terrifying account of the nightmare and its end I have ever read." - Theodore H. White. "An incredible, but true, surrealistic, but terrifying tale of Hitler's last 113 days" - Boston Herald. "The narrative is gripping, a fitting epitaph to a regime fascinating for its monstrosity" - Daily Mirror. "A fascinating insight into the nuttiness, as well as the nastiness, of those last days" - Evening News.

Heavy tanning and age spotting to the page block, internally unmarked, price clipped on the inside front cover. 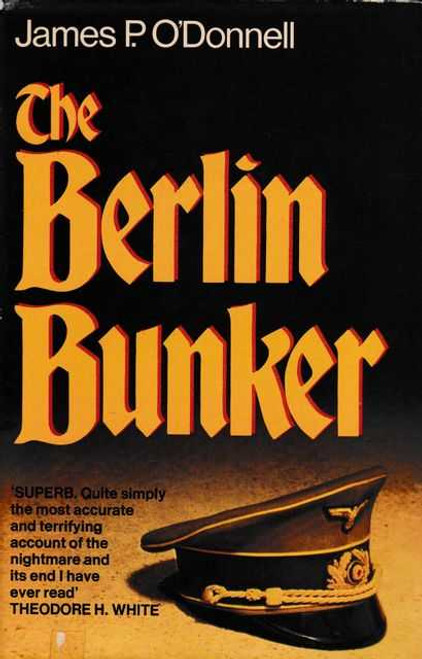