The Informer is Liam O'Flaherty's most critically acclaimed work, and is a modern Irish classic . This is a French language translation  ( by Louis Postif) first published in French in 1948 and here in this edition from 1966. Tanning to the page block, bumps to corners, internally very good, no other marks noted.

Originally published 1925, it was an instant success and grew out of O'Flaherty's own experiences of life in revolutionary Dublin. Set in the aftermath of the Irish Civil War, the novel centers on Gypo Nolan. Having disclosed the whereabouts of his friend Frankie McPhillip to the police, Gypo finds himself hunted by his revolutionary comrades for this betrayal. 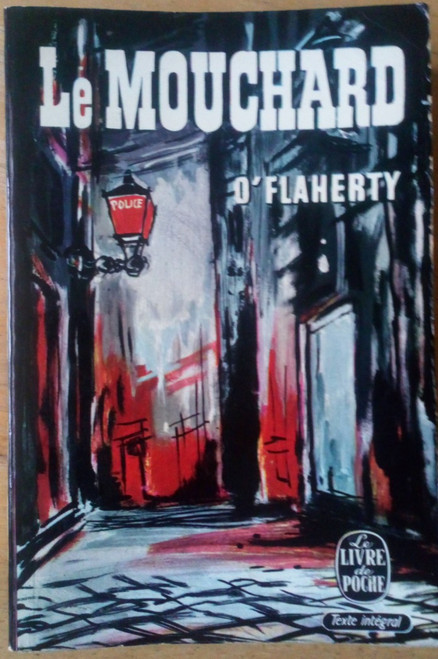