O'Flynn, Diarmuid - The Boy Wonder of Hurling : The Story of Jimmy Doyle Told in His Own Words - PB

Tipperary's Jimmy Doyle was "The Boy Wonder" of hurling in the 1950s and 1960s. It was famed broadcaster Michael O'Hehir who first dubbed Jimmy "The Boy Wonder", and the title caught on with the general public and the media alike. And with good reason. In a remarkable career, Jimmy won every honour and accolade. Four years a county minor, with three All-Ireland medals, six senior medals, chosen on the Hurling Team of the Century and the Hurling Team of the Millennium, Hurler of the Year, and leading scorer on seven occasions - Jimmy ticked all the boxes as the superstar of hurling in a career spanning three decades. He was regarded in the same light as legends of the game Christy Ring and Mick Mackey. This is his story - told initially in his own words and then through the writing and observations of those who played with him and against him and the sportswriters who charted his career. A modest, unassuming man, Jimmy's story is that of an ordinary man whose hurling achievements were extraordinary.

This is the paperback edition, issued simultaneously with the hardcover, published by Sliabh Bán Publications, Dublin. Diarmuid O'Flynn was a former journalist with the Irishg Examiner and worked as EU parliamentary assistant and press officer for Luke Ming Flanagan . 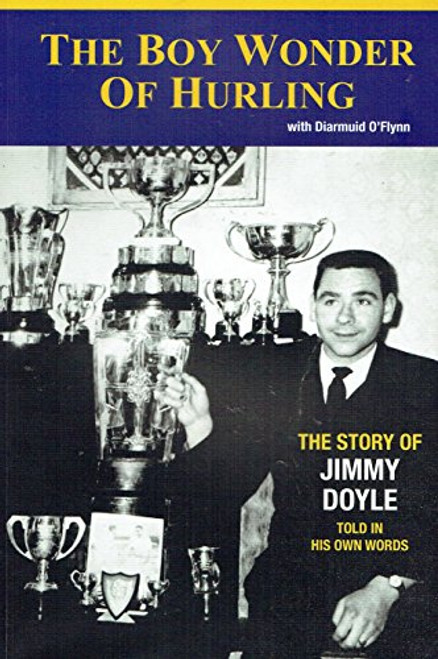 O'Flynn, Diarmuid - The Boy Wonder of Hurling : The Story of Jimmy Doyle Told in His Own Words - PB