A vintage 1965 reprint, Penguin UK, cover art by Adrian Bailey. ( the title is also spelt as BUtterfield8 ) , was first published in 1925 and was John O'Hara's second novel. It was hailed on publication as the most vivid and honest picture of New York in the speakeasy period in the 1920's. The central figure is a young girl , who is drawn to the half underground life of drink in the prohibition era.

More than any other American novelist, O'Hara has both reflected his times and captured the unique individual for generations to come' LA Times

'On this Sunday morning in May, this girl who was later to be the cause of a sensation in New York awoke much too early for her night before'
This particular morning Gloria finds herself alone in a stranger's apartment with nothing but a torn evening dress and her stockings and underwear. When she takes a fur coat from the wardrobe to wear home, she sets in train a series of events that will lead to tragedy.

A bestseller on its first publication, BUtterfield 8 is the glittering story of a glamour girl whose ill-starred entanglement with a respectable married man is set against a backdrop of Manhattan bars and bedrooms. 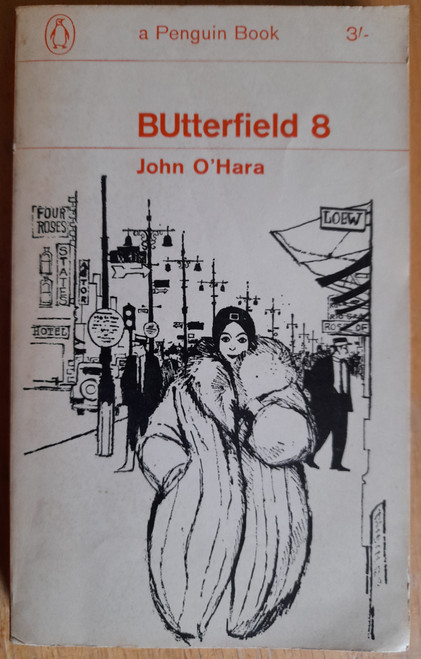