The Victory of Sinn Fein, originally published in 1924, is an eyewitness account of events in Ireland from the Easter Rising of 1913 until 1923. It is written from a now almost forgotten viewpoint - that of the Irish Republican Brotherhood. O'Hegarty's heroes were Arthur Griffith and Michael Collins and he took the Pro-Treaty side in 1921, strongly opposing those who assumed a continuing mandate for force after ratification of the Treaty. The book contains vivid character sketches of Griffith, Collins and de Valera, and as Tom Garvin writes in his introduction 'it is...written with enormous passion, verve and energy; it reads like a thriller.'

The fabulously named Patrick Sarsfield O'Hegarty (1879-1955), born and educated in Cork, was an active member of the Gaelic League and other Irish nationalist organisations as a young man. He worked as a civil servant in London between 1902 and 1913 and was Secretary of the Department of Posts and Telegraphs of the new Irish Free State from 1922 until his retirement in 1944. A prolific writer, he founded the Irish Bookshop in Dawson Street, Dublin

Preface
The Insurrection of 1916
The Re-Emergence of Sinn Fein (1916-18)
The Irish Republican Brotherhood (1858-1916)
De Valera (1916-19)
Mick Collins (1909-21)
Dail Eireann (1919)
The Sinn Fein Policy in Practice (1919-1921)
The Black-and-Tan War
The New Griffith (1916-21)
The Crime of the Ulster Boycott (1920)
The Moral Collapse (1920-21)
The Surrender of England
The Truce
The Great Betrayal
The Great Mistake
The Great Talk
The Position Created by the Truce and the Treaty
The Pseudo-Republicans
The Furies (1922)
Mary Macswiney
After the Ratification
The Irregulars, Devil Era
War against the Irish People
The Death of Griffith
Michael Collins (September 1922)
Victory of the People
The Humorous Side
The Responsibility of Mr De Valera
The Irish Free State
How it Strikes a Contemporary
The Future of Ireland
Appendix I
Appendix II, Appendix III. 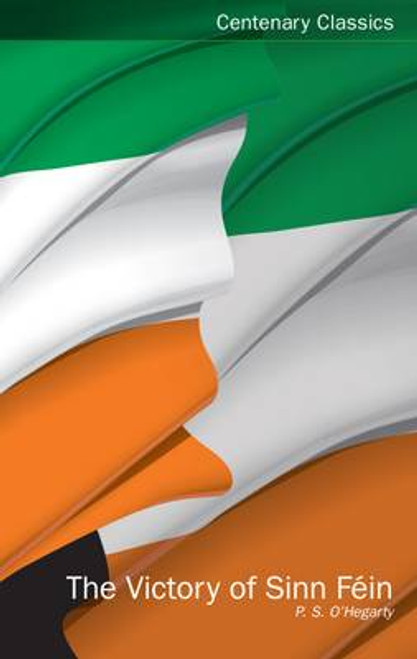