This Eden is a smart modern-day adventure reminiscent of both the cyber noir novels of William Gibson and the golden age of espionage fiction.

Ever felt like you were living in a dystopian tech thriller? That's because you are... Michael is out of his depth. The closest he ever came to working in tech was when he rode a delivery bike for a food app in Vancouver. Yet when his coder girlfriend dies, he is inexplicably headhunted by sinister tech mogul Campbell Fess, who transplants him to Silicon Valley. There, a reluctant female spy named Aoife lures him into the hands of Towse, an enigmatic war-gamer, who tricks them both into joining his quest to save the world, and reality itself, from the deadliest weapon ever invented.

Hunted by government agents and corporate goons, manipulated at every turn by the philosophising Towse, Aoife and Michael find themselves in an intercontinental chase which will take them from California to New York, from the forests of Uganda to Jerusalem, Gaza, Alexandria and Paris, and to a final showdown with the truth in Aoife's native Ireland.

Fast-moving, exhilarating and tense, This Eden is both a classic spy novel and speculative fiction for the here and the now. O'Loughlin adapts the propulsive thriller form to create a sharp yet passionate account of a world under mortal threat from cyber-warfare, feral money, runaway technology, and a cynical onslaught on truth itself. 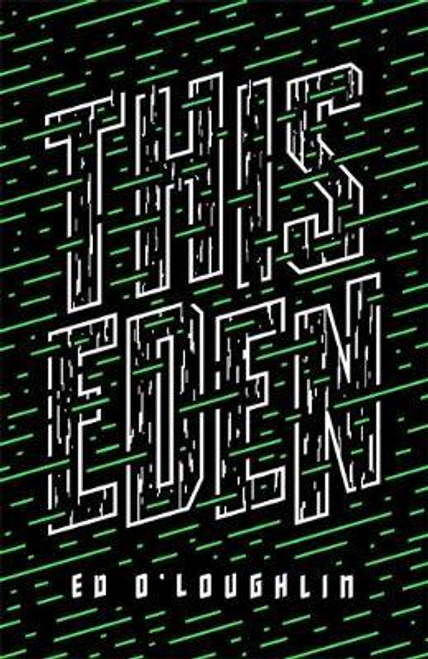