More than any other book of the period, On Another Man's Wound captures the feel of Ireland during the revolutionary period -the way people lived, their attitudes and beliefs-and paints brilliant cameo sketches of the great personalities of the Rising and the War.
This is the revised edition hardcover, published in 1979 by Anvil Press, that includes some content not in the original edition in 1936.

'On Another Man's Wound', its title taken from an old Ulster proverb, 'It's easy to sleep on another man's wound', was first published in 1936 and has become the classic account of the years 1916-21 in Ireland. It captures the essence of Ireland at the time, the way people lived, their attitudes, their beliefs, the songs they sang, the legends they knew. O'Malley pictures the Irish landscape magnificently, and his cameo sketches of the great personalities of the Rising and the war that followed bring them into instant focus.

Creases to front cover, bumps to corners, this is a 1994 reprint, this edition was first published in 1979. 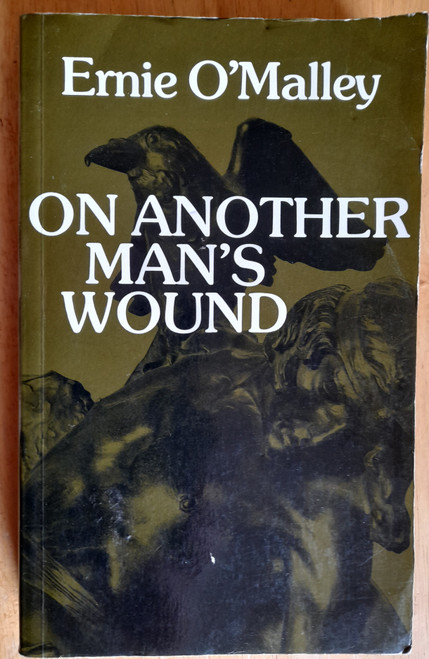