Penn, B. J. / Why I Fight : The Belt Is Just an Accessory (Large Hardback)

Street fighting. Brazilian jujitsu. Grappling. Welcome to BJ Penn's island. Don't worry, he won't hurt you (much). For the last decade, BJ Penn has been one of the most successful and feared fighters in the Ultimate Fighting Championship (UFC), rising through the ranks to become, pound for pound, one of the best in the world. Along the way, people have been quick to judge, praise, criticize, and hype him. They have torn him down only to build him back up. They have spilled ink and blood trying to understand what makes him the provocative and controversial fighter that he is. "Why I Fight" is the answer that everyone--critics, fans, commentators, pundits, and perhaps even Dana White, current president of the UFC--has been waiting for. In his own words, Penn tells the story of his life spent fighting, explaining what led a scrappy teenager from the rough streets of Hilo, Hawaii, onto the biggest stage in all of mixed martial arts (MMA). From his earliest days, becoming one of the preeminent practitioners of Brazilian jujitsu in the world, to his first MMA fights and his battles with UFC champions like Matt Hughes and Georges St-Pierre, Penn shows that in life, just like in the Octagon, he is never one to back down from a fight. A blunt and brutal look at his hardest-fought victories and his most frustrating defeats, "Why I Fight" is the story of how BJ Penn became one of only two fighters in UFC history to hold belts in two different weight classes. It is the story of a kid from Hawaii who loved to fight. It is the story of a true prodigy. 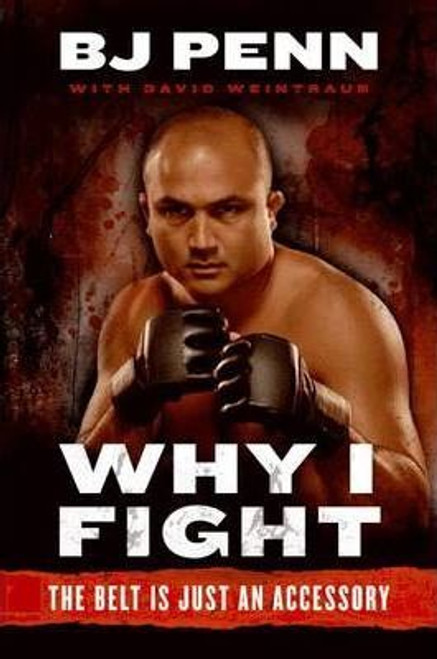 Penn, B. J. / Why I Fight : The Belt Is Just an Accessory (Large Hardback)