Kathryn Petras and Ross Petras, bestselling authors of the scathingly funny Unusually Stupid Americans and Unusually Stupid Celebrities, now set their bipartisan sights on the hallowed halls of the United States government. Unusually Stupid Politicians exposes the mind-boggling but true political mishaps, missteps, and miscues that have even the savviest spin doctors shaking their heads and saying "No comment." Sections include - Extreme Hairsplitting-such as when Florida governor Jeb Bush, after being accused of hiding in a closet from rampaging Democrats, denied the allegation completely, stating that "it was actually a boiler room" - Brilliant and Innovative Ideas from The Pentagon- like their groundbreaking "Gay Bomb," their "Bad Breath Inducing" halitosis weapon and their plans to enlist The Three Stooges in the fight against terror. - Creative Political Excuses----such as "I just discovered I'm Jewish and it's a Holy Day,"----used by Senator George Allen, who, after learning of his Jewish heritage, got out of a Senate hearing to "observe" Yom Kippur - The Most Egregiously Large Political Egos-measured in standard Chuck Schumer Ego Units (CSEUs) This hilarious and eye-opening exposé gives awards for "How I Blew My Campaign" and "Worst Campaign Ad," and shares a list of candidates "endorsed by God," as well as a list of those who lost because of Satan. So turn off C-SPAN and quit text-messaging congressional pages-you're about to learn what the definition of "is" is. 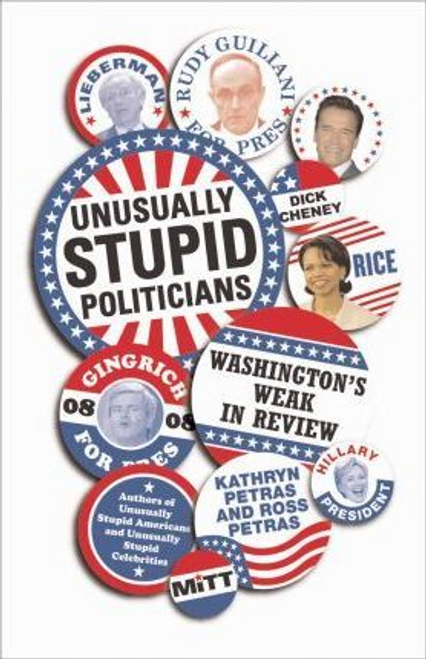