He is a traveller in a time of discovery, and the greatest gardening pioneer of his day. Yet John Tradescant is a man of humble birth, trusted by the kingdom’s greatest leaders: politicians, aristocrats, even royalty. Surrounded by luxury and intrigue, Tradescant gives all his attention to his magnificent gardens, in the midst of a society on the brink of upheaval.

Uniquely skilled at collecting, raising, and nurturing plants, his practical good sense makes him an invaluable servant as he scours the known world for new and beautiful species, and penetrates the most secret activities at court. Here both King Charles I and Tradescant are in thrall to the irresistible Duke of Buckingham, the most powerful man in England.

John Tradescant has always been faithful to his masters, but Buckingham is unlike anything he’s ever known: flamboyant, outrageously charming, utterly reckless. The court may love him but the people hate him. Every certainty upon which Tradescant has based his life is challenged as his personal world is turned upside down while all around him the country slides towards civil war.

Virgin Earth is a tour-de-force of powerful politics, personal discovery and glorious gardening details from one of our most acclaimed novelists. John Tradescant the younger has inherited his father’s unique collection of plants along with his unerring ability to be able to nurture them. But as gardener to Charles I, he confronts an unbearable dilemma when England descends into Civil War. Fleeing from the chaos, John travels to the Royalist colony of Virginia in America.

But the virgin land is not uninhabited. John’s plant hunting brings him to live with the native people, and he learns to love and respect their way of life just as it is threatened by the colonial settlers. He is adopted into the Powhatan people of Virginia and marries his guide to the world, Suckahanna. Just as his political life is divided between royalist and rebel, his plant hunting and nurturing between England and America, he finds his emotional life is divided between the English woman he married for convenience and the Powhatan woman he married for desire.

In the new world and the old, the established order is breaking down and every family has to find its own way of surviving. For the Tradescants, through the upheavals of the Commonwealth and the Restoration, this means consolidating their reputations as the greatest gardeners in the country. 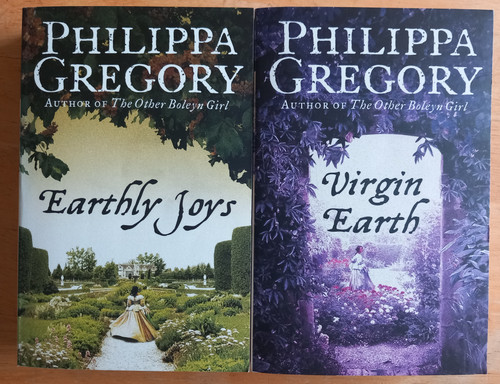