A hardcover first edition ( John Long UK, 1969 ) of the fourth novel in the bestselling ( and influential ) Inspector Wexford series from Ruth Rendell - The Best Man to Die.

Not price clipped, not ex library, no marks or damage internally ( apart from a penciled pre-decimal price on front endpaper in pencil. Shows original price of 23s net .

Rubbing to the corners of the dustjacket externally, and at folds, the predominately white back cover is  clean and unmarked, Solid in bale brown cloth, with titles in gilt to spine , as well as the publisher's horse motif to base of spine in matching gilt.

Cover art by William Randell, image of a blood splattered white rose to the mostly purple background. An uncommon edition.

NOTHING IS EVER QUITE WHAT IT SEEMS...

A man and his daughter lie dead after a car accident. Strangely, no other car was involved and no cause has been found. Wexford's only option is to wait and hope that the one surviving victim - the mother, Mrs Fanshawe - regains consciousness.

But when she finally awakens six weeks later, Wexford's attention has already been distracted by a new and very violent case. Walking by the canal that same morning, Wexford discovered the bloody body of Charlie Hatton.

The two cases are obviously unrelated, although something is bothering Wexford and he can't work out why or what.

But just as he begins to wonder whether there could in fact be a connection, the unexpected occurs: the Fanshawe daughter, believed to be killed in the accident, appears at her mother's beside very much alive... 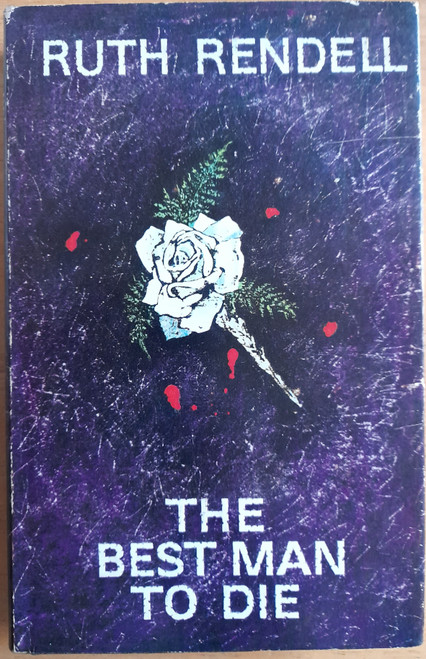