The third book in the Chris Ryan Extreme series.

Disavowed.
No one can escape their past forever. Ex-SAS operator John Bald knows that better than most. So when the Firm corners Bald in Kazakhstan with a promise to wipe the slate clean, he reluctantly agrees to return to the frontline. His mission: hunt down a fugitive Russian oligarch suspected of murdering a beautiful young Westminster aide. Viktor Klich knows too much. Now Bald must catch Klich - before the Russian security services get to him first.

Desperate.
But what begins as a simple snatch-and-grab soon descends into a brutal fight for survival as Bald pursues Klich from the violent streets of Caracas to the brash glamour of Dubai, leaving a trail of blood and bullets in his wake. As he closes in on his quarry Bald finds his loyalties called into question. And when the mission goes wrong, he's accused of being complicit in a dangerous deceit.

Deadly.
Now Bald is a wanted man. Only one person can help him: Viktor Klich, the oligarch he was ordered to kill. In a world where nothing is as it seems, Bald will have to call on all his skills to stay alive, protect his former enemy - and uncover a dark secret that goes right to the heart of the establishment ...

The Chris Ryan Extreme books take you even further into the heart of the mission with more extreme action, more extreme language and more extreme pace. Like Call of Duty or Medal of Honour you'll feel part of the team.

Chris Ryan Extreme: Most Wanted has previously been published as four separate shorter missions. Now in one ebook to keep you at the centre of the action. 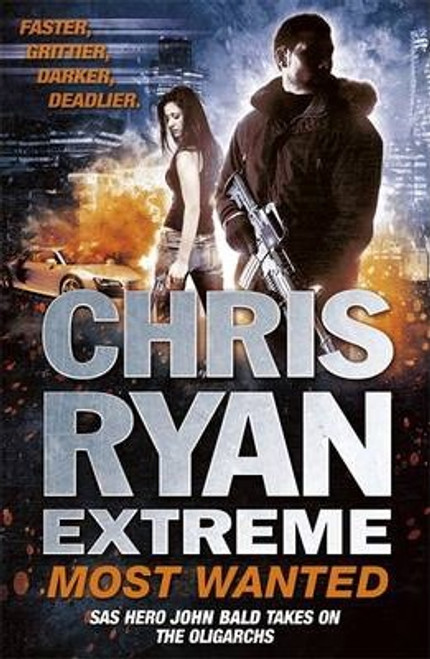