Desmond Ryan, the literary executor of Padraig Pearse, was a pupil of his in St. Enda's College, Rathfarnham,  in the General Post Office, Dublin, in 1916, as did Michael Collins.
He had the inside knowledge of the events, the times and the people to create in Michael Collins an enthralling fictionalized account of the days and nights when Collins was masterminding Ireland's fight for freedom. A masterly portrait of the most dynamic figure of the Anglo-Irish civil wars.

Although obviously based on real events, Ryan ( perhaps because the book was published in 1932) altered names and merged details of events to mask those who took part, or re-named people to conceal identities, with the obvious exception of the main major historic figures. He did , however, know Collins well, and was able to impart ( in this account) a well rounded and open portrait.

This is a reprint Anvil Press edition from 1979, the book was first published (as The Invisible Army) in 1932 in London . Fade to spine, otherwise internally unmarked. Binding tight. 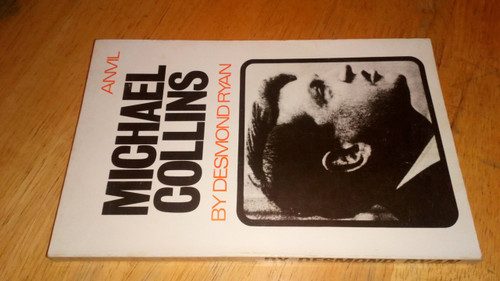