Schlesinger has mounted a massive attack on the Robert Kennedy conundrum (shy/aggressive, compassionate/ruthless) and, no less, on the Kennedy brothers' detractors. The themes, the interpretations, the stories are not new; but never have they been so assidously nailed down. RFK is described as an "overachiever" who tenaciously overcame his childhood handicaps to become a scrappy youth and, as manager of JFK's 1952 senatorial campaign, his father's fighting son. "In part it was an [Irish] imposture," Schlesinger writes. "The gentle self was never extinguished."  ( from the review on publication)

Schlesinger was himself a special assistant to JFK and had met woith and worked with RFK on many occasions, and was therefore well positioned to write a biography of Robert Kennedy - this is Volume 1 of a 2 volume edition, covering his youth, his political awakening , his work on his brothers senatorial and Presidential campaigns and his life up as far as 1962.

Edgewear and a closed fold/tear to the back cover, this is a book club edition, thus unproced , co published with Houghton Mifflin USA. 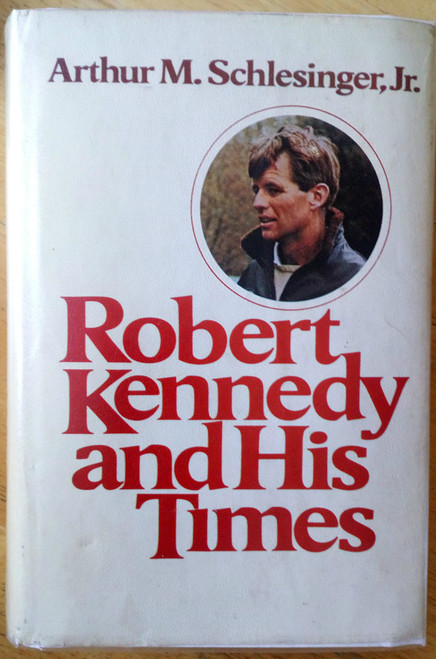