From an award-winning historian, this is a break-out book in the tradition of "Agent Zig Zag". In the immediate aftermath of the Revolution, the Western powers were anxious to prevent the spread of Bolshevism across Europe. Lenin and Trotsky were equally anxious that the Communist vision they were busy introducing in Russia should do just that. But neither side knew anything about the other. The revolution and Russia's withdrawal from the First World War had ensured a diplomatic exodus from Moscow and the usual routes to vital information had been closed off. Into this void stepped an extraordinary collection of opportunists, journalists and spies - sometimes indeed journalists who were spies and vice versa: in Moscow Britain's Arthur Ransome, the American John Reed and Sidney Reilly - 'Ace of Spies' - all traded information and brokered deals between Russia and the West; in Berlin, Paris and London, the likes of Maxim Litvinov, Adolf Ioffe and Kamenev tried to infiltrate the political elite and influence foreign policy to the Bolsheviks' advantage. Robert Service, acclaimed historian and one of our finest commentators on matters Soviet, turns his meticulous eye to this ragtag group of people and, with narrative flair and impeccable research, reveals one of the great untold stories of the twentieth century 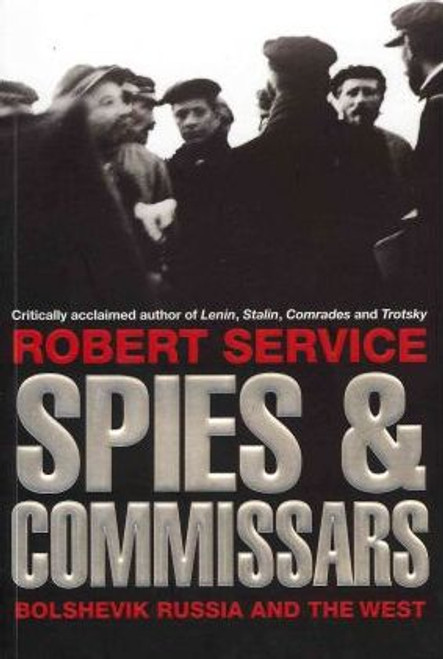