This cult classic of working class life in post-war Nottingham follows the exploits of rebellious factory worker Arthur Seaton and is introduced by Richard Bradford.


Working all day at a lathe leaves Arthur Seaton with energy to spare in the evenings. A hard-drinking, hard-fighting hooligan, he knows what he wants, and he's sharp enough to get it.
Before long, his carryings-on with a couple of married women become the stuff of local gossip. But then one evening he meets a young girl and life begins to look less simple...

First published in 1958, 'Saturday Night and Sunday Morning' achieved instant critical acclaim and helped to establish Alan Sillitoe as one of the greatest British writers of his generation. The film of the novel, of which this is the tie-in edition starrred Albert Finney, transformed British cinema and was much imitated.  This is a 1962 reprint, with a fi tie in cover.

Slight spine lean, usual tanning to page block. This is a reprint edition 1969. 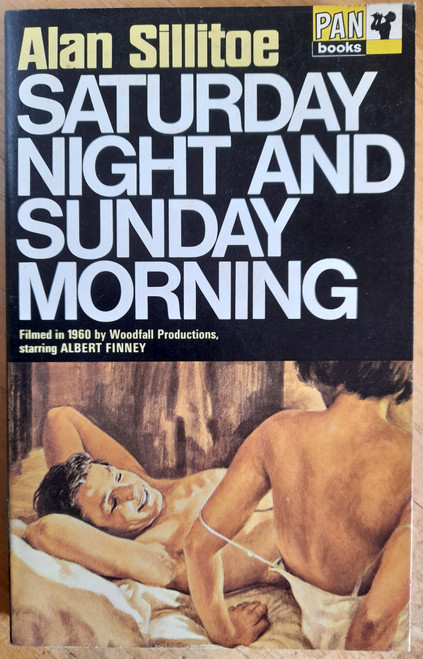