From the author of 'Saturday Night and Sunday Morning' come stories of hardship and hope in post-war Britain.


The title story in this classic collection tells of Smith, a defiant young rebel, inhabiting the no-man's land of institutionalised Borstal. As his steady jog-trot rhythm transports him over an unrelenting, frost-bitten earth, he wonders why, for whom and for what he is running.


A groundbreaking work, 'The Loneliness of the Long Distance Runner' captured the grim isolation of the working class in the English Midlands when it was first published - Sillitoe's depiction of petty crime and deep-seated anger in industrial and desperate cities remains as potent today as it was over half a century ago.

Slight spine lean, usual tanning to page block. This is a reprint edition 1967. Film tie in edition, with Tom Courtenay on the cover 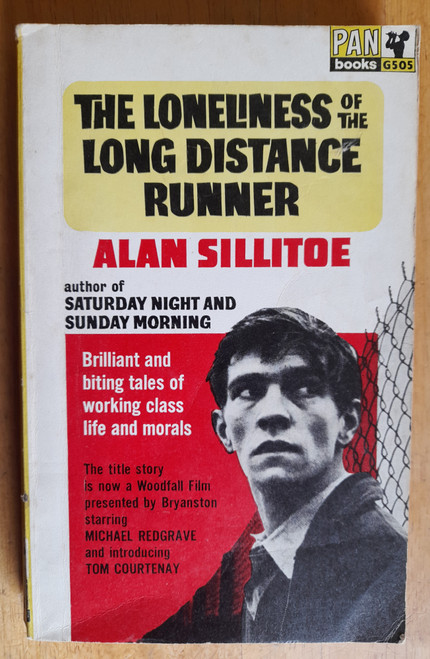