The Love-Girl and the Innocent (Russian: Олень и шалашовка; also translated The Tenderfoot and the Tart, and The Greenhorn and the Tramp) is a play in four acts by Russian author Alexander Solzhenitsyn. It is set over the course of about one week in 1945 in a Stalin-era Soviet prison camp. As in many of Solzhenitsyn's works, the author paints a vivid and honest picture of the suffering prisoners and their incompetent but powerful wardens. Most of the prisoners depicted in the play are serving 10 year sentences for violations of Soviet Penal Code.

In this play, the author first explores the analogy of the camp system to a separate nation within the USSR, an analogy which would dominate his later work, most clearly in his classic Gulag Archipelago.

This edition Bantam USA 1971, first US publication in English was in 1969. 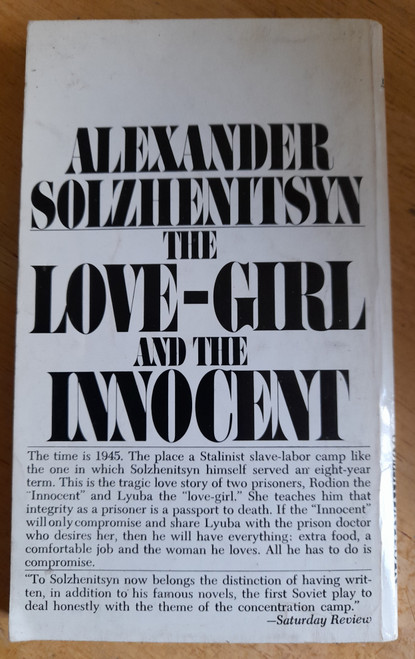