In her acclaimed novel "Mosaic", Jeri Taylor, co-creator and former executive producer of the Star Trek: Voyager television series, explored the previously unrevealed past of Captain Kathryn Janeway, filling in the missing chapters of Janeway's life with a compelling story of bravery, sacrifice, and personal triumph. Now, "Pathways" traces the winding roads that have led Janeway's fellow officers and closest friends to what may be the greatest crisis of their long journey home. A deadly encounter with hostile aliens has left Captain Janeway's crew separated from the Voyager and slowly starving to death in a disease-ridden alien prison camp. To keep up their determination as they plot their escape, the crew shares with each other the unlikely paths that brought them all to the U.S.S. Voyager and the Delta Quadrant. These are the stories of the command crew of U.S.S. Voyager: of a fair-haired youth who seemed destined for greatness -- or disgrace; of a troubled, half-human woman who didn't seem at home anywhere in the galaxy; of a traveler and treasure-hunter who found the greatest prize of all; of a naive young man who lost his love in pursuit of his dreams; of a Vulcan who formed a surprising bond with a human woman of unusual courage and passion; of a child-woman whose boundless curiosity led to a strange new world of marvels and dangers; and of the man who is perhaps closest of all to Kathryn Janeway, the man whose unspoken love and dedication may hold the key to her survival... They began as individuals, following very different pathways, but together, under the leadership of one remarkable woman, they have become one of the finest teams in the known universe, the crew of the U.S.S. Voyager. 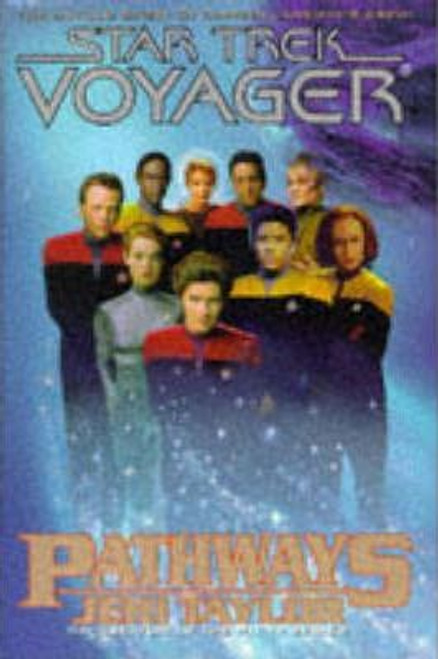