In Memoriam A. H. H. is a long poem by the English poet Alfred, Lord Tennyson, completed in 1849. It is a requiem for the poet's Cambridge friend Arthur Henry Hallam, who died suddenly of a cerebral hemorrhage in Vienna in 1833, but it is also much more. Written over a period of 17 years, it can be seen as reflective of Victorian society at the time, and the poem discusses many of the issues that were beginning to be questioned. It is the work in which Tennyson reaches his highest musical peaks and his poetic experience comes full circle. It is regarded as one of the greatest poems of the 19th century.

This edition 19101, published by Astolat Press, Guildford and London.  Rubbing and bumping to corners - unusual small format hardcover,  titles in faded gilt to the white spine . 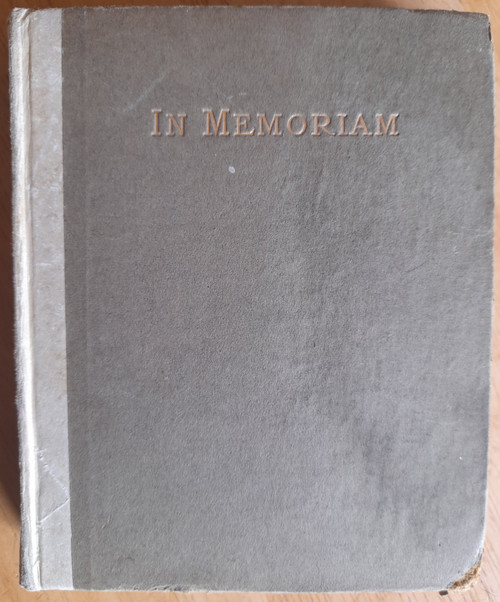