A paperback edition of one of the world's most important and influential books, published in this translation by Penguin UK, Light dustmarking to the page block ends, small nick ( as if from a blade) to thel ower edge of the back cover. With brief ntroduction on context, notes

The Koran, the holy scripture of Islam, is the record of Muhammad's oral teaching delivered between the years immediately preceding the Hegira in AD 622 and the Prophet's death in AD 632.
It has exerted untold influence upon the history of mankind. Apart from its specifically religious content, inspiring the triumphant arms of Islam throughout vast areas of Asia, Africa and southern Europe, it was the starting point of a new literary and philosophical movement which powerfully affected the most cultivated minds among both Christians and Jews in the Middle Ages; and the movement inaugurated has resulted in some of the finest products of genius and learning. 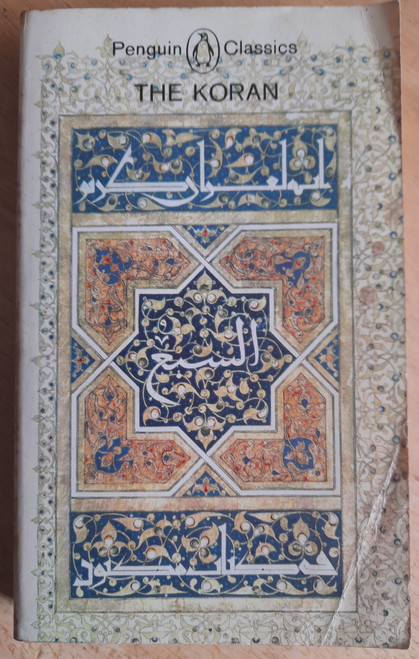