Following on from the launch of The Magic Key on BBC Educational television in September, OUP is publishing its second wave of picture books based on the Magic Key adventure the characters have in each episode. This section of the television show is also due to be broadcast on Children's BBC television soon. Kipper, Gran, and Floppy spin into Crayon World, where Fraser the Eraser is intent on rubbing everything out. Fraser even takes Gran hostage - and it takes all of Kipper's ingenuity to work out how to stop Fraser from rubbing everything out and get him to release Gran, before Crayon World becomes a blank sheet. * The Magic Key is to be a major 26 part BBC television series featuring the characters from Oxford Reading Tree. * The Oxford Reading Tree characters are recognized by children in virtually all primary schools, and know and loved by parents and children. * This is the first time BBC Education and BBC children's have jointly invested in a children's TV series. It will be shown on both. Transmission dates to be confirmed. * The series is produced by HIT Entertainment, makers of Kipper, Percy the Park Keeper and Bob the Builder programmes.
* A merchandise programme is under development with Marks and Spencer. * These are the only official tie-in picture story books featuring the Magic Key adventures. * These books following on from the publication of six story books and six activity books published in September 2000. 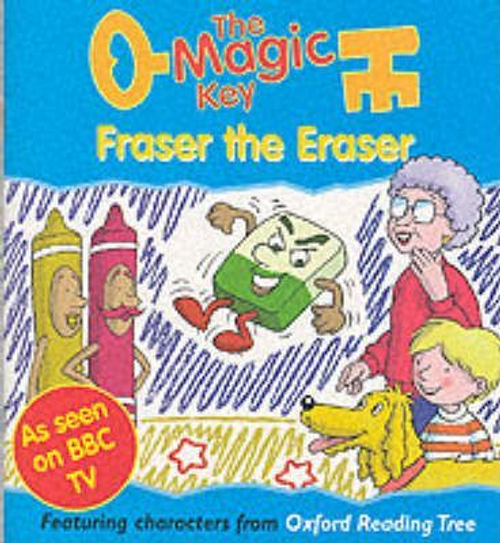