In the spirit of T.E. Lawrence, Wilfred Thesiger spent five years wandering the deserts of Arabia, producing Arabian Sands, 'a memorial to a vanished past, a tribute to a once magnificent people'.

Wilfred Thesiger, repulsed by what he saw as the softness and rigidity of Western life - 'the machines, the calling cards, the meticulously aligned streets' - spent years exploring in and around the vast, waterless desert that is the 'Empty Quarter' of Arabia. Travelling amongst the Bedu people, he experienced their everyday challenges of hunger and thirst, the trials of long marches beneath the relentless sun, the bitterly cold nights and the constant danger of death if it was discovered he was a Christian 'infidel'. He was the first European to visit most of the region, and just before he left the area the process that would change it forever had begun - the discovery of oil.

Sir Wilfred Patrick Thesiger (1910-2003) was a British travel writer born in Addis Ababa in Abyssinia (now Ethiopia). Thesiger is best known for two travel books: Arabian Sands (1959), which recounts his travels in the Empty Quarter of Arabia between 1945 and 1950 and describes the vanishing way of life of the Bedouins, and The Marsh Arabs (1964), an account of the traditional peoples who lived in the marshlands of southern Iraq.


'Thesiger was perhaps the last, and certainly one of the greatest, of the British travellers and writers among the Arabs'
Sunday Times

'Following worthily in the tradition of Burton, Lawrence, Philby and Thomas, it is, very likely, the book about Arabia to end all books about Arabia'
Daily Telegraph 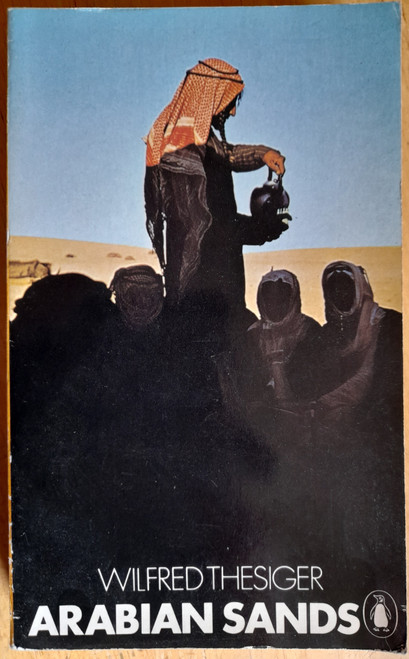