Thomas, Naomi / No Ordinary Wedding Planner : Fighting Against the Odds to Help Others Make Their Dreams Come True

This is the inspiring story of Naomi Thomas, a secondary breast cancer sufferer who has decided to devote the remainder of her life to spreading joy, helping others to find happiness by fulfilling the wedding dreams of those who are terminally ill.


Naomi was 26 when she was diagnosed with breast cancer. Her boyfriend Graham had proposed just two days earlier. After seven months of treatment Naomi was declared cancer free, only to receive the devastating news a few short months later that the disease had returned and was no longer curable. Her son, Devon, was just six days old. Thoughts of their wedding were the one thing that kept Naomi and Graham going, but the financial burden of terminal illness had made the reality of their special day seem impossible. However, in this time of darkness, the couple discovered the amazing generosity and selflessness of local companies as they rallied around and helped to organise and fund a dream wedding. Their kindness was overwhelming.


Determined not to die in vain, Naomi began fund-raising, ultimately setting up her own charity with the mission of spreading the joy she had experienced on her big day. The Wedding Wishing Well Foundation was formed, and Naomi now organises and funds weddings for those affected by terminal and life-limiting illnesses, helping them to enjoy married life before it's too late.


Inspiring, heart warming and incredibly moving, this story will show you the true meaning of love.


`Everyone has the right to marry the love of their life, but you don't realise just how important it is until you are told you are dying.' 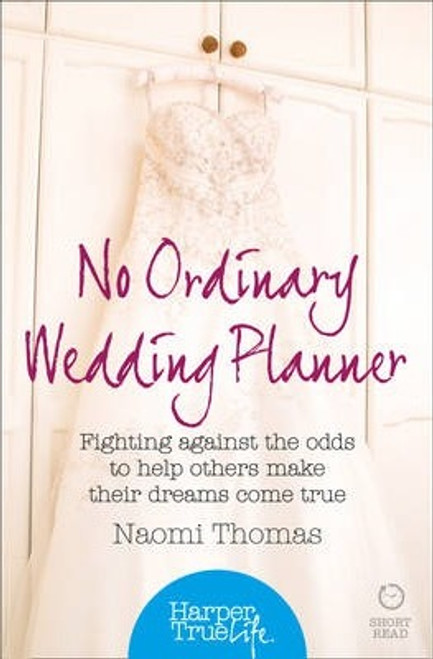 Thomas, Naomi / No Ordinary Wedding Planner : Fighting Against the Odds to Help Others Make Their Dreams Come True