When Ariel Manto uncovers a copy of The End of Mr. Y in a second-hand bookshop, she can't believe her eyes. She knows enough about its author, the outlandish Victorian scientist Thomas Lumas, to know that copies are exceedingly rare. And, some say, cursed.

With Mr. Y under her arm, Ariel finds herself thrust into a thrilling adventure of love, sex, death and time-travel

A cursed book. A missing professor. Some nefarious men in gray suits. And a dreamworld called the Troposphere? Ariel Manto has a fascination with nineteenth-century scientists--especially Thomas Lumas and The End of Mr. Y, a book no one alive has read. When she mysteriously uncovers a copy at a used bookstore, Ariel is launched into an adventure of science and faith, consciousness and death, space and time, and everything in between. Seeking answers, Ariel follows in Mr. Y's footsteps: She swallows a tincture, stares into a black dot, and is transported into the Troposphere--a wonderland where she can travel through time and space using the thoughts of others. There she begins to understand all the mysteries surrounding the book, herself, and the universe. Or is it all just a hallucination?

With The End of Mr. Y, Scarlett Thomas brings us another fast-paced mix of popular culture, love, mystery, and irresistible philosophical adventure.

Condition - light edgeear to the board covers ) issued without a dustjacket in a handosme red and git effect cover ( designed by gray318) , SIGNED BY THE AUTHOR to the title page in blue ink. The endpapars are tinted black, First UK edition, Conongate UK, 2007. 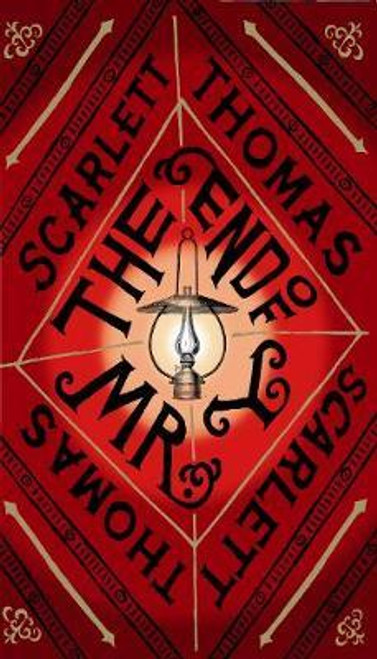