This selection of humorous anecdotes features stories from some of the biggest names in UK football. The book is divided into seven sections with tales from backroom staff, celebrities, commentators and pundits, players, fans, managers and even refs. Among the contributors are Gary Lineker, Jimmy Hill, John Motson, Denis Law, Craig Brown, Alex McLeish, John Rowbotham, David Elleray, Billy Connolly, Rod Stewart and Andy Cameron, all of whom have very funny tales to tell about their experiences of the beautiful game. Alex McLeish, for example, remembers a time when the fantastic Aberdeen team of the early eighties was playing away from home and he was sharing a hotel room with another member of the squad who happened to have a reputation for sleepwalking. Alex was awakened one night to find his teammate trying to coax his Adidas kit bag to go for a walk - Alex's sleepwalking roommate thought it was his dog!
"Match of the Day" presenter Gary Lineker tells of an incident, early in his playing career, when his manager was giving the team a right telling-off because, in response to a 'fan' spitting at the team as they were leaving the pitch after a particularly poor performance, one of the players had spat back. The manager finished his tirade about how unacceptable such behaviour was by saying, 'And, if it happens again, you'll just have to swallow it.' 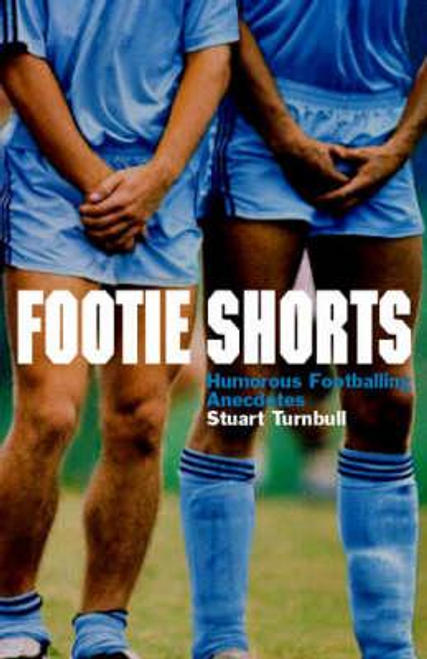