Between 1933 and 1938, Eric Voegelin published four books that expressly stated his opposition to the increasingly powerful Hitler regime. As a result, he was forced to leave his homeland in 1938. Twenty years later, he returned to Germany as a professor of political science at Ludwig-Maximilian University. Voegelin's homecoming allowed him the opportunity to voice once again his opinions on the Nazi regime and its aftermath. In 1964 at the University of Munich, Voegelin gave a series of memorable lectures on what he considered ""the central German experiential problem"" of his time: Adolf Hitler's rise to power, the reasons for it, and its consequences for post-Nazi Germany. For Voegelin, these questions demanded a scrutiny of the mentality of individual Germans and of the order of German society during and after the Nazi period. ""Hitler and the Germans"" offers Voegelin's most extensive and detailed critique of the Hitler era. Voegelin interprets this era in terms of the basic diagnostic tools provided by the philosophy of Plato and Aristotle, Judeo-Christian culture, and contemporary German-language writers like Heimito von Doderer, Karl Kraus, Thomas Mann and Robert Musil. His inquiry uncovers a historiography that was substantially unhistoric: a German Evangelical Church that misinterpreted the Gospel, a German Catholic Church that denied universal humanity, and a legal process enmeshed in criminal homicide. 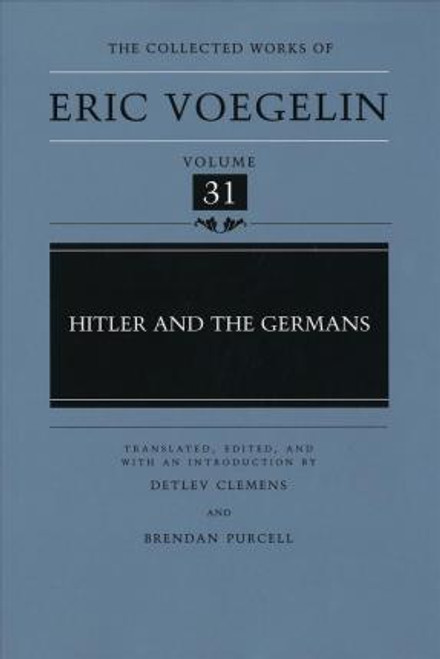