Weisskopf, Michael / Blood Brothers : Among the Soldiers of Ward 57 (Hardback)

A powerful account of eighteen months in the lives of three soldiers and a
journalist, all patients in Ward 57, Walter ReedÂs amputee wing
Time magazineÂs Michael Weisskopf was riding through Baghdad in the back of U.S. Army Humvee, an embedded reporter alongside soldiers from the 1st Armored Division, when he heard a metallic thunk. Looking down, he saw a small, dark object rolling inches from his feet. He reached down and took it in his hand. Then everything went black.
Weisskopf lost his hand and was sent for treatment to Ward 57 at Walter Reed Medical Center, the wing of the armed forces hospital reserved for amputees. There he crossed paths with Pete Damon, Luis Rodriguez, and Bobby Isaacs, three soldiers whose stories he learned during months in the ward. Alongside these men, Weisskopf navigated the bewildering process of recovery and reentry, and began reconciling life before that day in Baghdad with everything that would follow his release.
Blood Brothers is the story of this difficult passageÂfor Weiss-kopf, Damon, Rodriguez, Isaacs, and hundreds of othersÂa story that began with healthy men heading off to a war zone, and continued through the months in Ward 57 as they prepared their minds and bodies for a different life than the one they left. A chronicle of devastation and recovery, this is a deeply affecting portrait of the private aftermath of combat casualties.Â 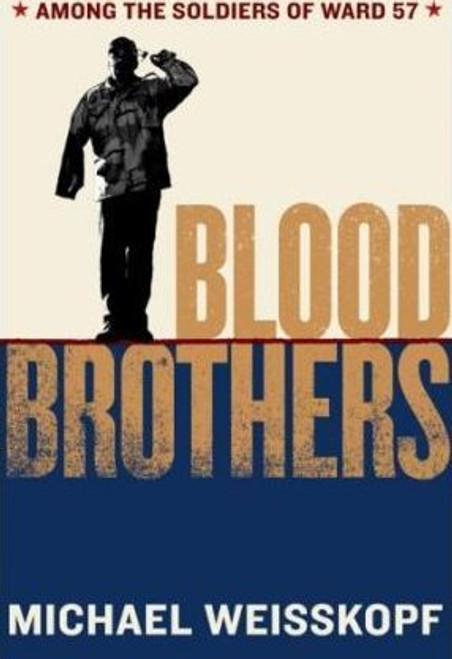 Weisskopf, Michael / Blood Brothers : Among the Soldiers of Ward 57 (Hardback)