Julian is told from the perspective of teenager Adam Hazzard, who lives in the rural town of Williams Ford, in the state of Athabaska (today a region in Canada, but in the story, a part of the greater United States) in 2172, at a time when technology has regressed to 19th century levels. The story deals with his relationship with his friend Julian Comstock (later in life called Julian Conqueror or Julian the Agnostic), an aristocratic boy of his age with radical beliefs about God, science, and evolution, notably his beliefs in DNA and the Moon Landings, in defiance of the omnipresent and theocratic Church of the Dominion of Jesus Christ on Earth, which came about as a result of the end of oil in the 21st century, a time which was later interpreted as a Biblical Tribulation.

The novella is a loose prequel to the celebrated Julian Comstock by Wilson.

Published by PS Publishing UK, 2003, this is copy number 160 from the limitation of 500, signed by the author. Introduction by Robert J Sawyer, cover art by Edward Miller

Fine, as issued without DJ. Hardcover. 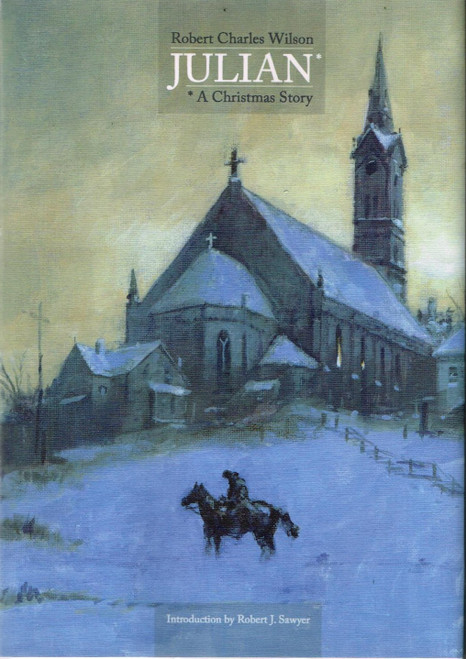