Two weeks after the United States declared war on Germany in 1917, the town of Lewistown, Montana, held a patriotic parade. Less than a year later, a mob of 500 Lewistown residents burned German textbooks in Main Street while singing ""The Star Spangled Banner."" In Lewistown's nationalistic fervour, a man was accused of being pro-German because he didn't buy Liberty Bonds; he was subsequently found guilty of sedition. Montana's former congressman Tom Stout was quoted in the town's newspaper, ""The Democrat-News"", ""With our sacred honour and our liberties at stake, there can be but two classes of American citizens, patriots and traitors!"" ""Darkest Before Dawn"" takes to task Montana's 1918 sedition law that shut down freedom of speech. The sedition law carried fines of up to $20,000 and imprisonment for as much as twenty years. It became a model for the federal sedition act passed in 1918. Clemens Work explores the assault on civil rights during times of war when dissent is perceived as unpatriotic. The themes of this cautionary tale clearly resonate in the events of the early twenty-first century. 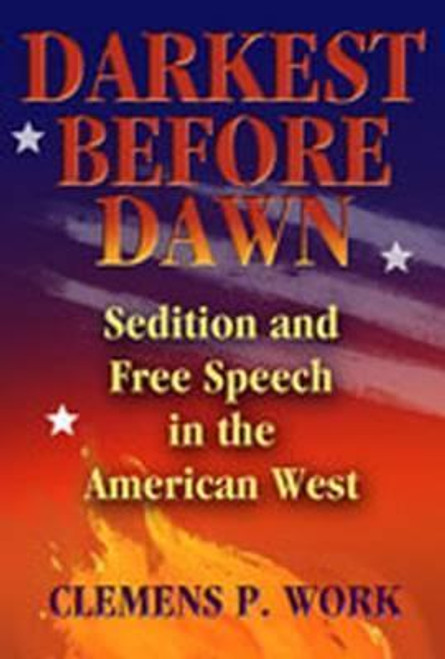