Herman Wouk is one of this century's great historical novelists, whose peerless talent for capturing the human drama of landmark world events has earned him worldwide acclaim. In The Hope, his long-awaited return to historical fiction, he turns to one of the most thrilling stories of our time - the saga of Israel.
In the grand, epic style of The Winds of War and War and Remembrance, The Hope plunges the reader into the major battles, the disasters and victories, and the fragile periods of peace from the 1948 War of Independence to the astounding triumph of the Six-Day War in 1967. And since Israelis have seen their share of comic mishaps as well as heroism, this novel offers some of Herman Wouk's most amusing scenes since the famed "strawberry business" in The Caine Mutiny.
First to last The Hope is a tale of four Israeli army officers and the women they love: Zev Barak, Viennese-born cultured military man; Benny Luria, ace fighter pilot with religious stirrings; Sam Pasternak, sardonic and mysterious Mossad man; and an antic dashing warrior they call Kishote, Hebrew for Quixote, who arrives at Israel's first pitched battle a refugee boy on a mule and over the years rises to high rank. In the love stories of these four men, the author of Marjorie Morningstar has created a gallery of three memorable Israeli women and one quirky fascinating American, daughter of a high CIA official and headmistress of a Washington girls school.
With the authenticity, authority, and narrative force of Wouk's finest fiction, The Hope portrays not so much the victory of one people over another, as the gallantry of the human spirit, surviving and triumphing against crushing odds. In that sense it can be called a tale of hope for all mankind; a note that Herman Wouk has struck in all his writings, against the prevailing pessimism of our turbulent century. 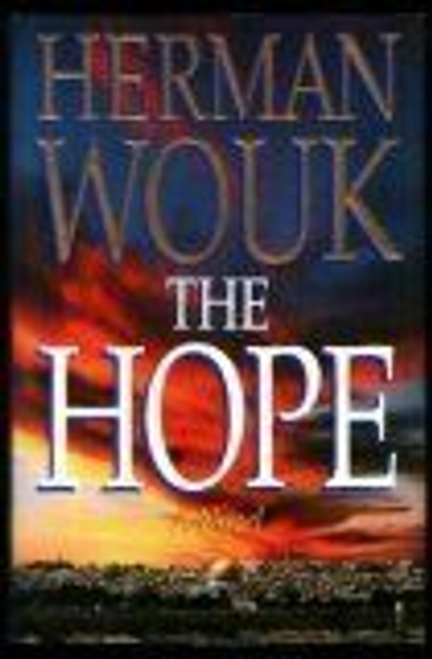