Most people get presents on their sixteenth birthday. I get a prophecy that could save or destroy the world.

That's how it is when you're the son of Poseidon, God of the Sea. According to an ancient prophecy, bad things will happen when I turn sixteen - because I'm the one who gets to decide the fate of the entire world. But no pressure.

This is the one where Kronos, Lord of the Titans, is beginning his attack on New York City, where Mount Olympus stands virtually unguarded. Oh, and the dreaded (and not to mention enormous) monster Typhon is also heading our way. So it's me and forty of my demigod friends versus untold evil . . .

Praise for the Percy Jackson series:

'Witty and inspired. Gripping, touching and deliciously satirical...This is most likely to succeed Rowling. Puffin is on to a winner' - Amanda Craig, The Times

'Puns, jokes and subtle wit, alongside a gripping storyline' - Telegraph

'Perfectly paced, with electrifying moments chasing each other like heartbeats' - New York Times

Rick Riordan is an award-winning mystery writer. For the past fifteen years he has taught at middle schools in the San Francisco Bay area and in Texas. Rick lives in San Antonio, Texas, with his wife and two sons. Percy Jackson and the Lightning Thief, the overall winner of the Red House Children's Book Award, was Rick's first novel featuring the heroic young demigod.

The Lightning Thief; The Sea of Monsters; The Battle of the Labyrinth; The Titan's Curse; The Last Olympian 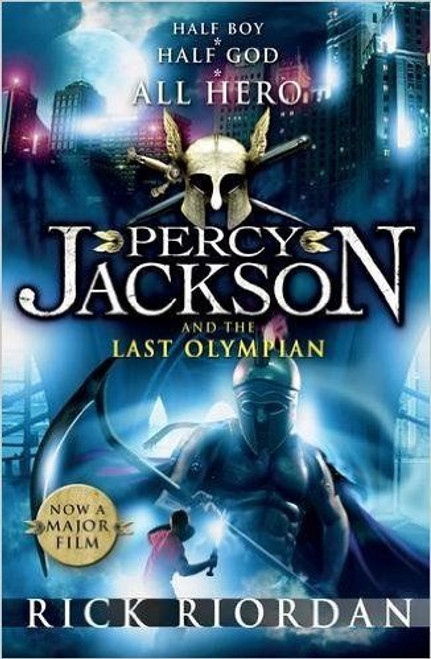