On the morning of 21 November 1920, Jane Boyle walked to Sunday Mass in the church where she would be married five days later. That afternoon she went with her fiancé to watch Tipperary and Dublin play a Gaelic football match at Croke Park. Across the city fourteen men lay dead in their beds after a synchronised IRA attack designed to cripple British intelligence services in Ireland. Trucks of police and military rumbled through the city streets as hundreds of people clamoured at the metal gates of Dublin Castle seeking refuge. Some of them were headed for Croke Park. Award-winning journalist and author Michael Foley recounts the extraordinary story of Bloody Sunday in Croke Park and the 90 seconds of shooting that changed Ireland forever. In a deeply intimate portrait he tells for the first time the stories of those killed, the police and military personnel who were in Croke Park that day, and the families left shattered in its aftermath, all against the backdrop of a fierce conflict that stretched from the streets of Dublin and the hedgerows of Tipperary to the halls of Westminster. Updated with new information and photographs.

Published by O'Brien Press, first in 2014, this is a revised and updated edition from the same publisher , issued for the centenary. 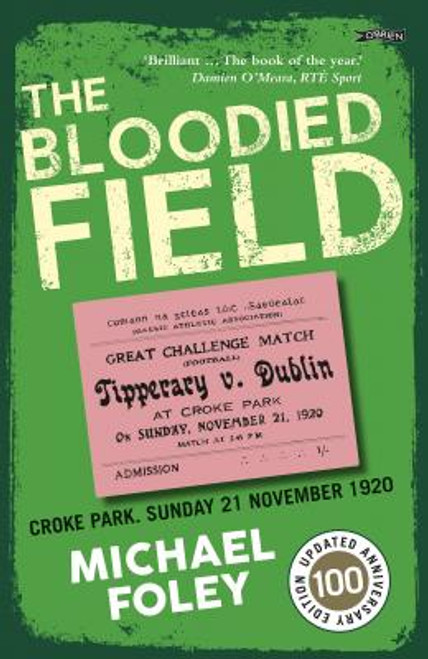