A classic mystery from Dick Francis, the champion of English storytellers.

Physics teacher (and crack shot) Jonathan Derry is given some tapes to look after by a friend. They're not your usual tapes: they hold a computer programme which functions as a bookie-breaking betting system.
When Jonathan's friend is then killed in a suspicious explosion and two thugs turn up at his house waving guns and demanding the tapes, Jonathan realises that he's been handed a whole lot more trouble.
Jonathan knows he won't be left alone unless he gives them what they want. However, he decides to play his own game. After all, he's a crack shot. He can look after himself - can't he? 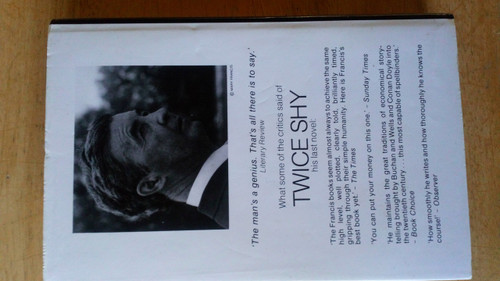